The new car is great, but I shall cut to the chase – there are a few wrinkles to iron out. These are niggles that I suppose a new car (owner) would not suffer. Anyhow,  as part of my new year’s resolution to be the 1% in 90-9-1 rule I will endeavour to note my failures and successes as I tick off each ‘issue’.

A bit of background on our new car purchase

We could have got brand new car for the price of our ‘new’ one, but a quick scan of the AA website would indicate that for a quite large number there are only two options  in-budget:

On the left, a 1.0L Suzuki Celerio GLX, around $16k, and on the right a 1.3L Chery J1 for 13k+. Didn’t really want a little car – but upon reflection I suppose these little cheap cars do make some sense, in the right context.

We could have bought a myriad of second hand cars…we nearly (so nearly) bought this one: 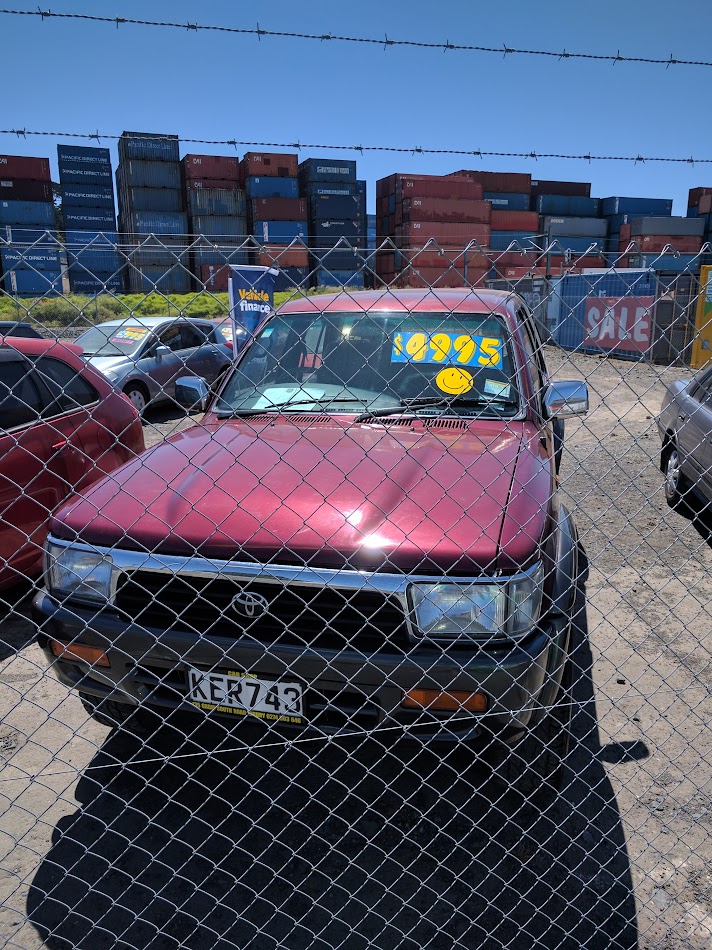 The Hilux Surf that could have been. It had done just under 400,000km. The moon is around 375,000km away. We would have bought it from a guy on his way back from moon.

It might have been fun, for a bit, in the sort of way a tractor is probably fun for a bit. After 5 minutes it stops being fun and actually becomes quite a nauseating, lurching and loud experience.

It turns out people like to offer advice on buying cars. Most of the time the advice was not asked for – it kind of creeps up on you in conversation, like house-prices. We have been car-less since well before christmas and in the interim I have been told to buy a few Mazdas, a few Toyotas, a number of Fords…the list goes on.

I have been told to buy European.

I have been told to NOT buy European.

I can make one overlying observation on (nearly wholly unsolicited) car buying advice: The person giving the advice recommends the car they own. Which makes sense, they would not have bought it otherwise…and now they have invested in it, making one of their biggest life-purchases, and they champion it. Of course this is a fallacy: all cars cannot be the ‘best car’, and cars (Yes, I am sorry, even Toyotas) break and need maintenance.

Turns out this is called Choice Supportive Bias.

Ode to the Departed

The new wagon is a replacement for our beloved 1997 subaru legacy GT-B, which died in Awakino Gorge. RIP.

The car currently resides ‘somewhere’ in New Plymouth after being towed there.

Cause of death: con-rod went through the wall of the engine.

I really liked that car.