Just a bit of an update on the in-car entertainment system. I have got it out of the car again – to install the reversing camera. I thought I would take the opportunity to stick up an image of the thing opened up.

The white block (smaller one) is the built-in antenna. Its soldered to two contacts and pretty easy to pry off with a soldering iron and a pair of tweezers.

The Raspberry pi 3B+ antenna for wifi and BT is a little block on the board. I have reused the old OEM car system’s metal enclosure and have mounted the RPi (and everything else) inside it. Predictably, as a steel sheet box with lots of metal ventilation slots, the case works really well as a Faraday cage – no radio signals in or out. And, unfortunately, ‘they’ did not put a little socket thing (more technically termed an IPX13 connector!) onto the RPi so you can use an external antenna – cost I guess, or maybe a legal thing (e.g. In the US the FCC wifi power limits). Dunno. 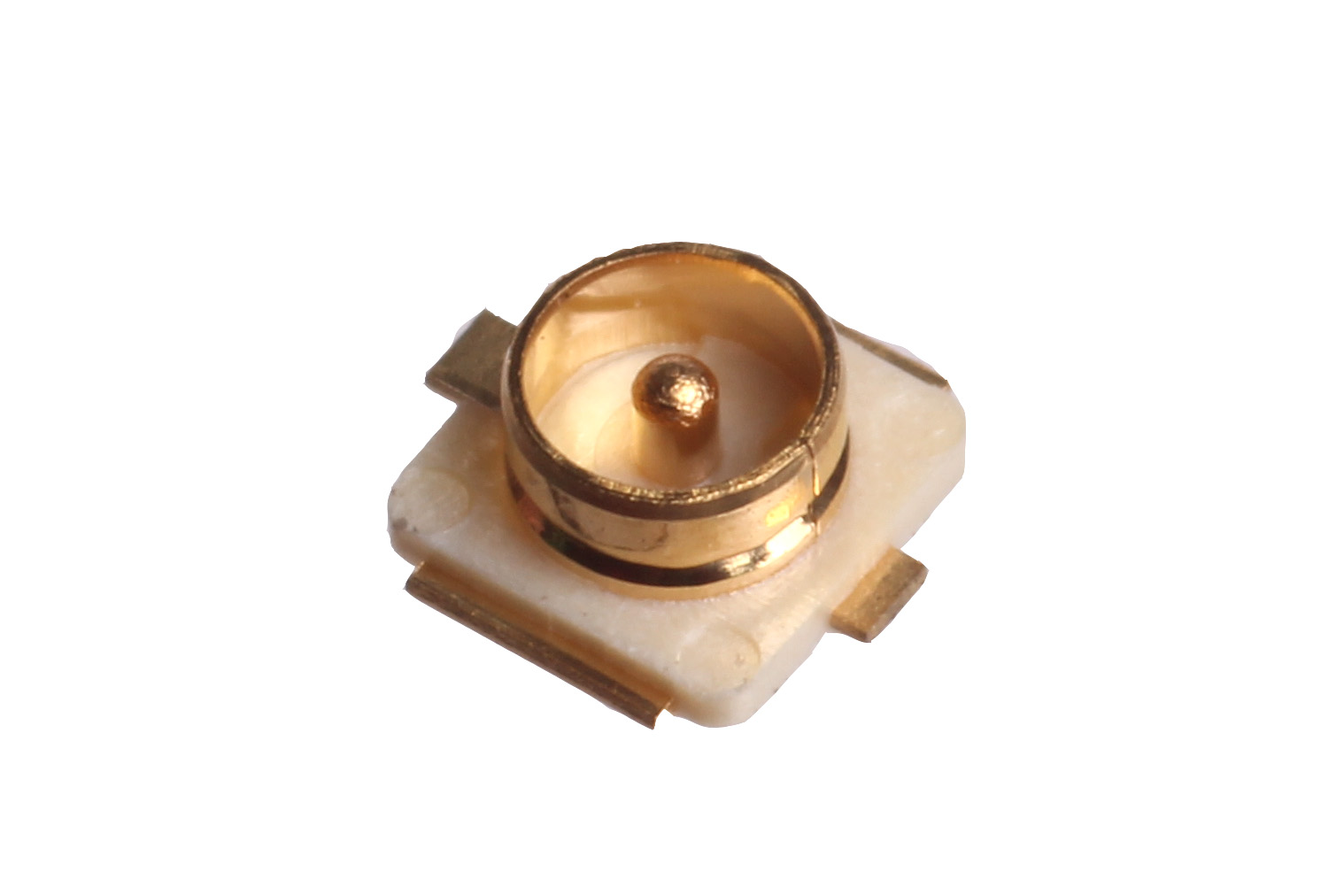 IPX13 connector. It’s VERY little…and could (maybe) have been included on RPi3 (just for me 😉 )

Of course, the community has addressed this – best instructions I found were here. I was a little apprehensive about following the instructions (terrible at soldering) but did anyway and in the end, it was pretty easy (except – see next paragraph). I had an old ASDL wifi modem so I grabbed the antenna out of that which had the internal wire bit with an IPX13 at one end and a screwy connector at the other end (more technically termed an SMA connection), and the associated external aerial. I cut off the IPX13 and soldered the ‘live’ wire to RPi contact and GND I put a plug on and stuck into one of RPi GND pin-outs (rather than what the instructions suggested).

The back of the unit – the gold looking plug is the SMA connector which takes a little aerial. Actually makes the wifi range really good.

When I closed up the unit last time around, all that was connecting the new antenna wire to the board was my shitty solder. When I opened up the enclosure unit this time around I forgot how delicate that was going to be and ripped off the contact on the RPi, effectively writing its integrated wifi and BT capabilities. DAH!

Anyway, I had another rpi3 so I redid the procedure but this time reinforced it all with a blob of epoxy (Araldite) at the connection. Better.

EDIT: I found some photos of the last attempt

The aerial pulled out of an old ASDL modem. Looks like I had already cut off the IPX13 connector (off the pink wire)

I (handily) had a little plug thing with ‘Ground’ written on it. I neatly soldered this to the sheath.

Crappy solder job. I think I put the hot glue gun to it. Now I had redone it with epoxy. Incidentally, the stuff that looks like chewing gum on the heat sink is that two-part epoxy dough stuff. The heat sink glue has probably set now, so I could maybe take off the chewing gum?

This brings me to my side-swipe endnote. Emteria OS, the Android derivative I am using, is free-to-try, but the free version has a load on writing overlaid in the bottom corner of the screen and restarts after 8 number hours of use (not that you can drive sanely for 8 hours in New Zealand). It also throws up intermittent warning dialogs reminding you its a trial version. So, in good faith and probably after a glass of wine, I forked out 60 or so Euros for the full version.

In trying to activate it on my new RPi I find that it is only licensed to the device you originally activate it on and I can only move it to a new device under ‘special circumatance’ if I personally contact them by email. I can see what they are trying to do – stop people just distributed activated version to others, but I do not see why I cannot log onto their license manager on the website and deactivate licsne on ud device myself. Annoying – I lipping paid nealy 80 bucks for it.

So if you are thinking about forking out for the full license of Emteria OS, be mindful of this inconvenience. Its does say it in the T&Cs but (1) who reads that, and (2) why do you need T&Cs for a project still in 0.x version where people like me are the guinea pigs?